Since the first camping version of INDIE in 2009 we have tried to make the event accessible to all. We wanted families to attend, kids to enjoy music and immerse themselves in a festival experience. Unfortunately in recent years this ethos has been taken advantage of by a small few parents who have now ruined it for everyone. In recent years we have had incidences of parents allowing 10 and 11 year olds unaccompanied around the site, we have also had numerous incidents of parents attempting to sign in teenagers as under 12 and then leave them unaccompanied at the festival. Festival’s are a great place for kids when their parents or guardians are looking after them, they are not a place for unaccompanied children. Unfortunately these occurrences in recent years have left us, after consultation, with no choice but to make INDIE an over 18s only event. This decision was not taken lightly and all avenues were explored but the system could only work where all parents took responsibility for their children, with a small number repeatedly ignoring this, INDIE had no choice but to make this difficult decision.

Accepted forms of identification are;

Garda Age Card will only be accepted where security and An Garda Siochána are confident that it is genuine, it will not be accepted as a guaranteed proof of age.

IDs must be in date.

Photocopies will not be accepted.

A parent or guardian vouching for you at the entrance will not be accepted (this does actually happen!)

There will be members of An Garda Siochána aiding security with ID checks at all entrances and ID checks will be repeated over the weekend even after you have received your wristband so if you are lucky enough to look under 18 you need to keep your ID on you at all times. 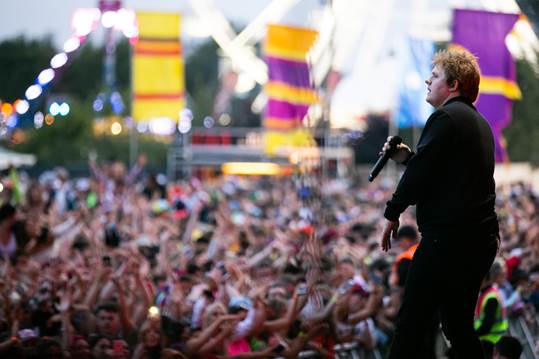